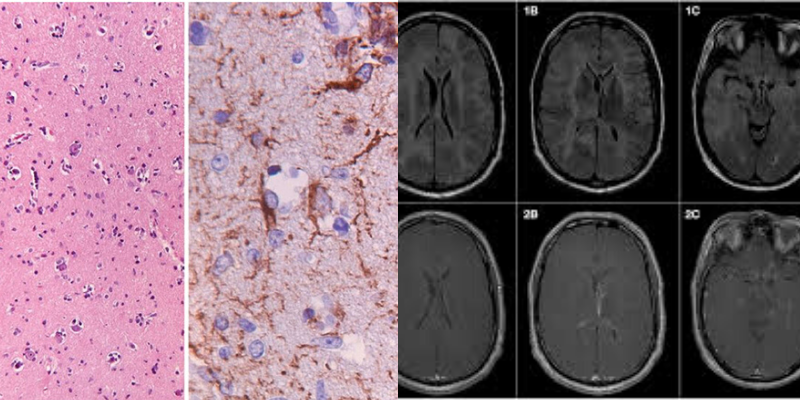 This mini-review article on the current understanding and controversies about Gliomatosis Cerebri was written by Dr.Surabhi Ranjan and Dr. Katherine E. Warren. Both serving as oncologist at the National Cancer Institute, National Institutes of Health, Bethesda, MD, United States.

As most commonly understood, they mentioned that Gliomatosis cerebri (GC) is a rare, extensively infiltrating glioma involving multiple contiguous lobes of the brain. This lethal disease affects all age groups, and the majority of patients have a poor outcome despite aggressive treatment. Despite its initial recognition in 1938, GC remains a controversial entity with little consensus in its definition, histology, or treatment. The majority of GC tumors are astrocytic, although mixed phenotypes have been identified.

Treatment of GC according to them is challenging as surgery is generally not an option due to the extensive areas of the brain involved, the benefit of radiation therapy is unclear, and no chemotherapy has proven efficacy. Due to the rarity of the disease and its heterogeneity, both at histopathological and molecular levels, it is difficult to conduct clinical trials tailored for this diagnosis.

The review summarizes our current knowledge, examines clinical studies focusing on the treatment of GC, highlights ongoing challenges, and discusses the recent molecular insights into adult and pediatric GC. We conclude that, although no longer recognized as a distinct pathological entity, GC represents a unique disease phenotype. Given the histologic and molecular overlap with other diffuse gliomas, the research emphasis should be on investigating its unique invasive biology.